Boasting 16 UNESCO World Heritage Sites, the longest ski season in the world and some of the most spectacular natural wonders on the planet, its no wonder tourists continue to flock to Canada in record numbers.

Few places allow for such fun-filled diversity as Canada; a place where you can start the day with a dip in the ocean before hitting the ski slopes that same afternoon. This part of North America is vast, wild and magical. Here are just ten reasons why Canada should be at the top of your travel list.

The ghostly glow of the Northern Lights are hypnotic, and in many parts of Canada, this natural phenomenon is a common occurrence.

The celestial light display is the result of the sun’s charged particles interacting with the molecules and atoms in the Earth’s atmosphere.

The best places to see the Northern Lights in Canada are:

Hint: The further north you travel, the more likely you’ll be to witness the full effect of the lights.

Located on the shores of the icy Hudson Bay in the northern reaches of Manitoba, the tiny village of Churchill is about as remote as you can get.

However quiet and remote it may be, this unassuming town attracts thousands of tourists each year all looking to meet some of the local residents – polar bears!

Prime viewing times are in October and November, just as the ice starts to form on the bay and the main food source of polar bears, seals, return in large numbers.

See what spotting these delightful creatures is like with a review of Churchill polar bear spotting here.

Food lovers don’t have to look far to find what many consider to be the national dish of Canada – Poutine.

This hot and gooey dish starts with a serving of chips smothered in rich gravy before being topped with cheese curds or a cheese sauce.

The dining scene in Canada is vibrant and diverse, so if you’re looking for something a bit more sophisticated and fresh, many restaurants and cafes offer farm-to-table cuisine. And if seafood is your craving, head towards Nova Scotia and the Atlantic provinces on the eastern seaboard for the freshest catch.

Stretching more than 1,500-kilometres (930-miles) across the border regions of British Columbia and Alberta, the Rocky Mountains attracts outdoor adventurists, nature lovers, and of course those who engage in winter sports of all kinds.

With nature at their doorstep, mountain views from most cities and a liberal, laid-back lifestyle, it’s no wonder that Canadians are often voted among the friendliest folk in the world. Even in regions such as Quebec, where French is the primary language, you will still be welcomed with wide-open arms.

Canadians are proud of their country and eager to share their world with you. So, if you find yourself lost in Canada, ask a local for directions and you’re very likely to get a warm and helpful response. 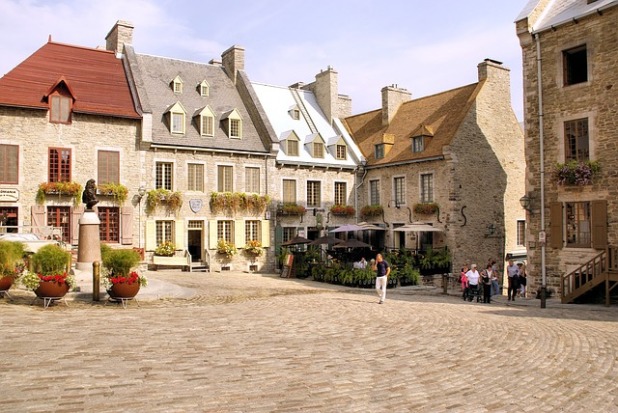 French Canadians are descendants of Canada’s colonial-era French settlers. Most live in the province of Quebec where they form the majority of the population.

For a bit of French flavour, consider a visit to Montreal and Quebec City nestled along the beautiful and historic Saint Lawrence River. Other than the language and culture, French influences extend to architecture, food, and wine.

Packed with snow adventures from east to west, skiing and snowboarding are the most obvious pastimes here. But winter sports extend to ice fishing and ice skating as well as to outdoor activities like snowmobiling and downhill tubing and sledding.

The Rocky Mountains are home to many top winter resorts where visitors will find every kind of winter activity available. A holiday in Whistler or Banff is the perfect start to a West Coast winter getaway, with postcard-perfect scenery also extending to Lake Louise.

Niagara Falls is one of North America’s top tourist destinations. Collectively, the three separate falls that make up the Falls form a border region between Canada’s Ontario Province and the United States.

Most visitors find that the Canadian side offers the best viewing (of course!), with many more added attractions to be found than on the US side. In fact, one of the falls – Horseshoe Falls – can only be truly seen from the Canadian side.

Stroll Queen Victoria Park’s manicured gardens for the best views of both Horseshoe and American Falls, or take a bird’s eye view from the top of the Skylon Tower.

No matter the season, Canada brings you face-to-face with nature on an epic scale, with every kind of outdoor adventure made available.

From the dizzying heights of the impressive Rockies to the remote and baron Arctic region or the scenic eastern seaboard, it’s easy to go wild in Canada’s great outdoors. Enjoy hiking trails, remote wilderness lodges, jaw-dropping mountains, water activities and so much more. 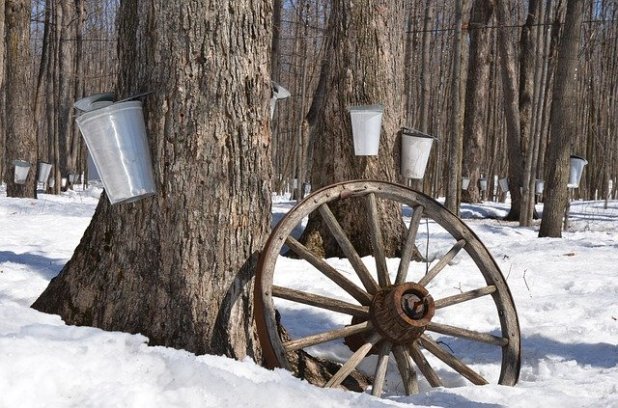 There’s a reason for the maple leaf symbol on Canada’s national flag. Not only is the proud and sturdy tree found throughout Canada, but it produces one of the country’s staple foods – maple syrup!

To produce this thick golden deliciousness, it takes about forty gallons of tree sap to make one gallon of pure maple syrup! But none of that artificial stuff for Canadians. When it comes to pancakes, waffles or desserts, only 100% pure Canadian maple syrup will do. Bon Appetite!