Top 11 Domestic Airlines in America – and the survey says?

Are you travelling on a domestic flight in America soon? A recent survey by Consumer Reports asked over 16,600 subscribers to rank their favourite domestic US airlines to fly. There were a couple of clear winners while others didn’t fair so well. Here we have a look at the survey responses and give you some information on each airline.

Each participant was asked to rate the airline they had flown and mark them out of 100. The categories ranged from check-in services, baggage handling, seat comfort on-board, cabin crew, in-flight entertainment, food service and more.

Following is the order of each airline from best to worst, ranked on a scale of 0-100. Let’s have a look at the survey results.

One of the youngest airlines in the U.S.A. beginning operations in 2007, Virgin America produced the highest marks of them all. A combination of a young fleet, groovy lighting, comfortable leather seats, cool cabin crew staff and one of the best entertainment systems in the air contributed to the high marks. But then again, you would not expect anything less from an airline under Sir Richard Branson’s Virgin umbrella. One of the great on-board service features is the ability to order food from your seat-back screen. Just swipe your credit card and it will be delivered to your seat. Having flown Virgin America a few times in both economy and First Class I can see why they have taken the main accolade of best domestic airline.
Website – www.virginamerica.com 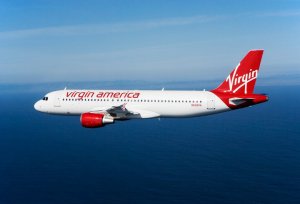 From humble beginnings as an intra-state airline in Texas to the largest Low Cost Carrier today, Southwest has stayed true to their no frills service and low fares philosophy and are one of the few airlines today that do not charge for the first two checked bags. With an all economy layout in the cabin, the leg room is still better than on most of the other major carriers. Their boarding process is rather different though with free seating once on-board (no seat assignments) and boarding is based on the time and sequence number from when you checked-in. Overall a worthy winner and one airline we have flown several times.
Website – www.southwest.com

Another relative newcomer in the airline world is Jetblue. Founded in the late 1990’s, Jetblue is now a major U.S. carrier. Based at New York’s JFK airport with additional hubs in Boston, Orlando, San Juan and Long Beach, California, Jetblue is soon to move into the premium space with a business class cabin on coast to coast flights. Offering generous leg room for economy class and sporting an excellent entertainment system with DIRECTV cable stations beamed right to your seat, it’s no wonder that Jetblue is a popular choice.
Website – www.jetblue.com

Alaska is a full service carrier with a busy route network across the U.S. west coast, Alaska, Hawaii and Mexico and continues to expand throughout the Continental U.S. The airline is headquartered in Seattle and maintains a major presence in Los Angeles, San Francisco, Portland and Anchorage. Alaska is not part of any airline alliance but does have a code share agreement with American Airlines and several international carriers.
Website – www.alaskaair.com 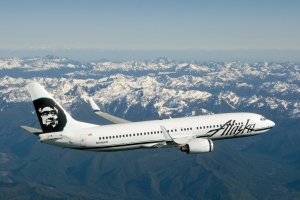 Based in Denver, Colorado this little airline has a big reputation. Self dubbed as ‘a whole new animal,’ Frontier sports different animal motifs on each of their aircraft tails. Facing stiff competition on their home turf in Denver, they have transformed into a low cost carrier but still offer DIRECTV cable entertainment on seat back screens, utilising the same technology as Jetblue. A nice ‘hometown airline’ with good service.
Website – www.flyfrontier.com 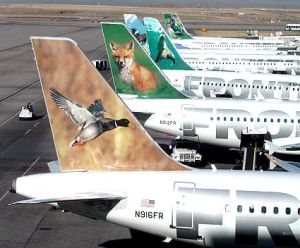 Delta is one of ‘the big four’ traditional major airlines (along with United, American and US Airways) and it beat out the other three mega-carriers in this survey. One of the largest airlines in the world today, Delta is a founding member of the Skyteam Alliance and has an extensive worldwide network. Delta also maintains a code share alliance with Virgin Australia. After their recent purchase of Northwest Airlines the merger formed an airline with an extensive Asian presence and a significant hub in Amsterdam. One area of the survey where Delta received bad marks was for the economy seat comfort – and one that we can personally attest to. While the seats are leather, the cushions are hard and uncomfortable. From an appearance stand point, the oddly coloured blue seats don’t do much to enhance the appearance of the cabin either. We’ve flown Delta several times this past year both domestic and international (LAX to Sydney) and aside the hard, unattractive seats, we were quite pleased with our Delta service, both on the ground and in the air.
Website – www.delta.com

Mainly based on the east coast but with a large base in Phoenix, Arizona (thanks to the merger of US Airways and America West) they have a strong domestic route map including flights to Europe, Caribbean, Mexico and South America. US Airways ranked low in cabin cleanliness, seat comfort and entertainment and an inconsistent product between aircraft.
Website – www.usairways.com

One of the largest major airlines flying in America with their main base in Dallas, Texas, you can also reach most of the globe with American Airlines. Unfortunately this is another airline with an inconsistent product and ranked low on the cleanliness, entertainment and seating comfort. But they are embarking on a unification project to offer same product and service across the board and I have always enjoyed my flights with them. American Airlines and Qantas are each part of the Oneworld Alliance.
Website – www.americanairlines.com 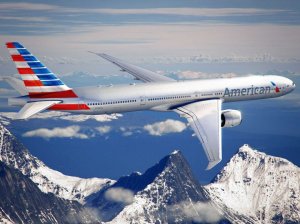 United Airlines recently purchased Continental Airlines forming one of the largest carriers in the world. Like all mergers there will be teething problems and United suffers from inconsistent service and a mish-mash of airline interiors and products although it has been working hard of late to rectify this. Untied maintains a fleet of over 700 aircraft but work is well underway to standardise. The result once completed should bring a better product in each class. Again it seems the inconsistent product attributed to the rankings, especially around entertainment (Continental aircraft had seat back screens, United did not), cleanliness and seating comfort.
Website – www.united.com 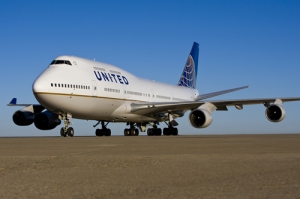 Based on the Ryanair low cost model of offering cheap airfares, Spirit is the air-fare add-on winner, charging extra for virtually everything, from making a booking over the phone to check-in and hefty baggage fees. Based in Fort Lauderdale, Florida and Dallas, Texas it serves mainly holiday and leisure destinations. The one thing with Spirit Airlines is you always know what you are getting….or not in this case. But even with the mountain of fees, the flights are still often cheaper than most of the major carriers. Relying on mass market you can always be assured of a great fare but be prepared for those sneaky fees. It’s a different model to what Australians are used to but provides a cheap way to get around the US.
Website – www.spirit.com

One thing about travelling around America is it’s usually cheap and cheerful. Shopping around for the best fare will go a long way but just remember that most airlines, including the majors charge for checked bags. These fees are often cheaper if you book online and pay ahead of time.