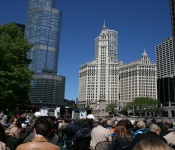 Chicago, the gleaming and stylish city on the shores of beautiful Lake Michigan is always a pleasure to visit. A walk along its tree-lined streets, beautiful wide avenues and manicured parks never fail to impress. The ‘city of big shoulders’ is known for many things, but, one of its most acclaimed features is its architecture. Chicago is after all the birthplace of the modern skyscraper

From the ashes of the Great Chicago Fire of 1871 grew one of the most iconic skylines in the world. Just take a simple stroll through the city and these magnificent structures will beckon like jewels. But to truly understand the history and the fascinating stories behind these engineering feats, a cruise on the Chicago River is a must.

Chicago Architecture Foundation and First Lady Cruises give an insightful perspective into the city as it slowly motors its way from the Northeast corner of Michigan Ave. and Wacker Dr. Look for the blue awning marking the stairway entrance down to the river.

As you cruise past more than 50 imposing buildings along the banks of the Chicago River, the expert commentary from the voluntary Chicago Architecture Foundation tour guides reflect their passion for the city and it’s architectural wonders.

Standing tall on the Magnificent Mile at the south end of Michigan Avenue, the Wrigley Building (400-410 Michigan Ave) was built in 1920 by chewing gum magnate William Wrigley. This impressive building was inspired by a Spanish Cathedral with two towers of differing heights and a taller clock face that faces all directions. Quite the engineering marvel of its time, the Wrigley Building was the first city office block to include air-conditioning.

The Jewelers’ Building (35 East Wacker Dve) is a 40 storey building built in Greek Revival and completed in 1927. The ornate and unique trimmings with dome corners, the interesting use of pier lines running vertically up the building in different sizes, along with its gothic decoration make it a fascinating art deco piece of its time. For the first 14-years, jewellery merchants would drive their cars into the building as the lower 23 floors had car parking on each floor via an internal car lift for security.

Here are just a few more buildings you will see and learn about on this most fascinating architecture river cruise. 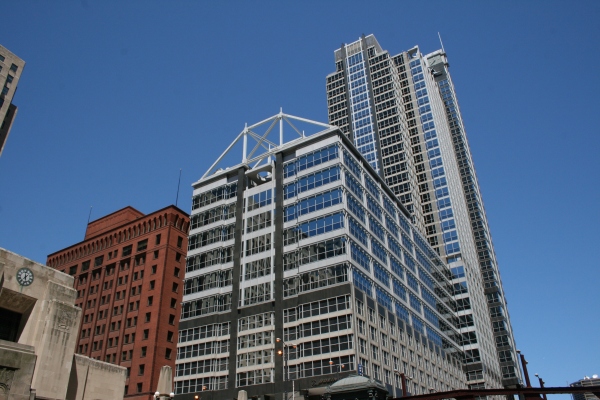 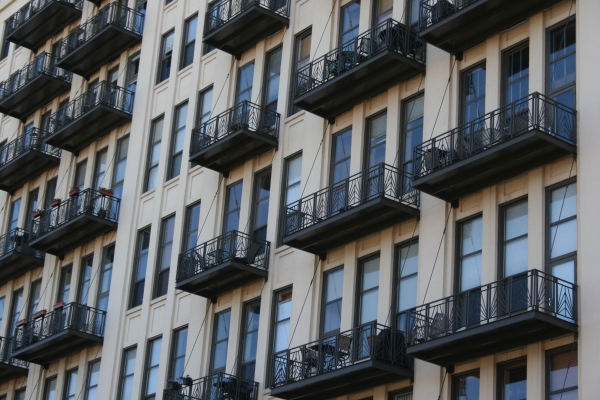 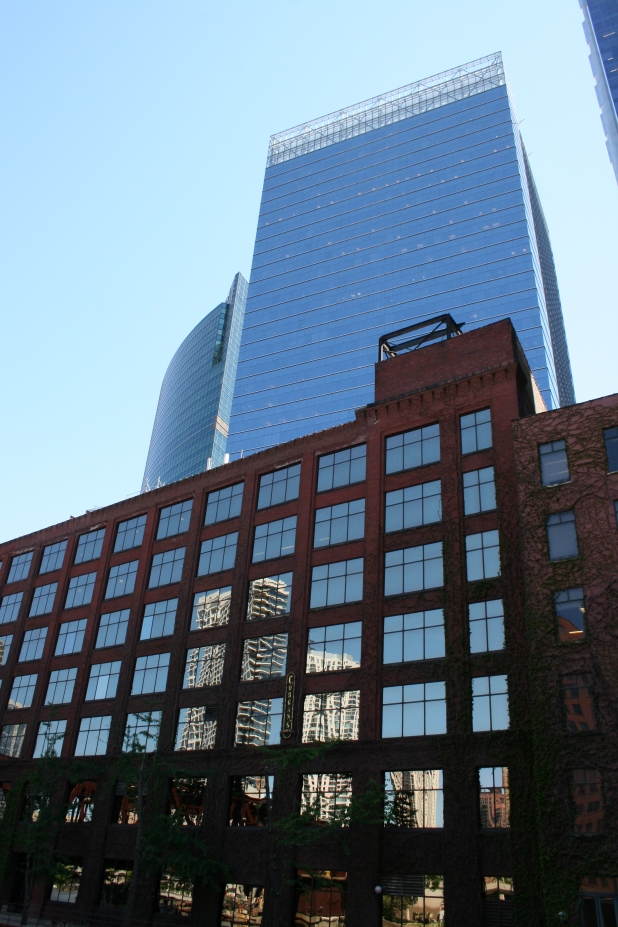 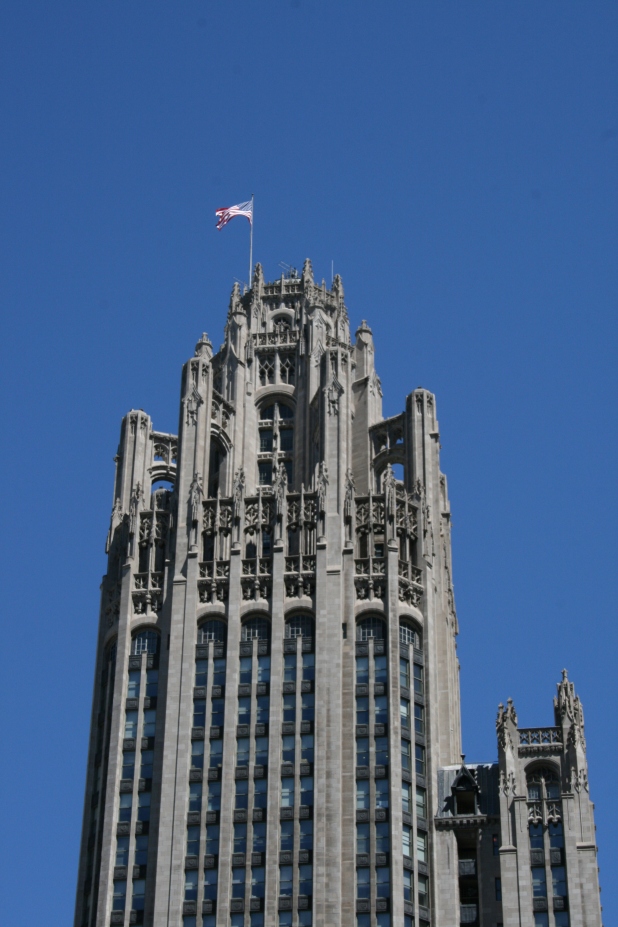 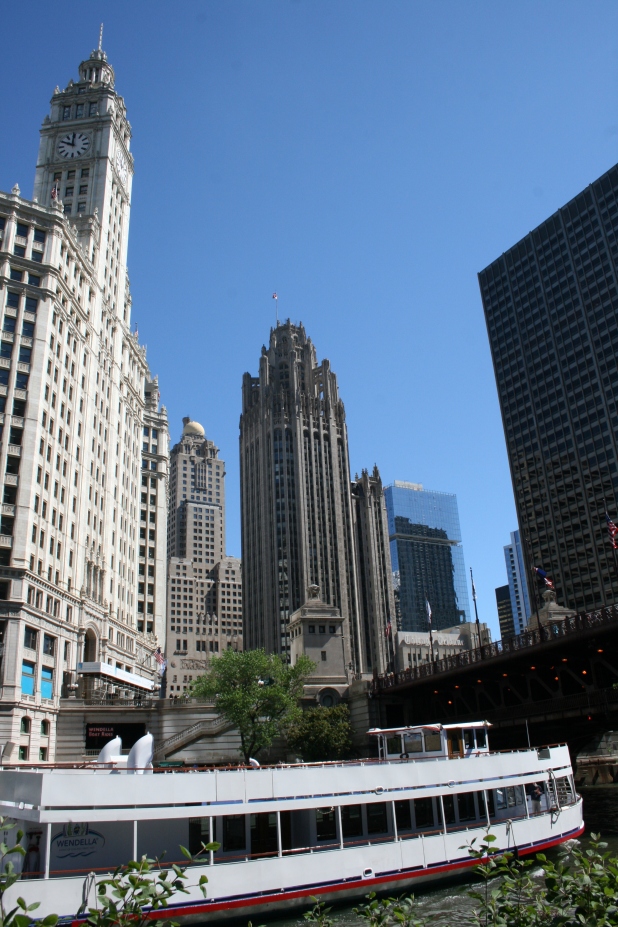 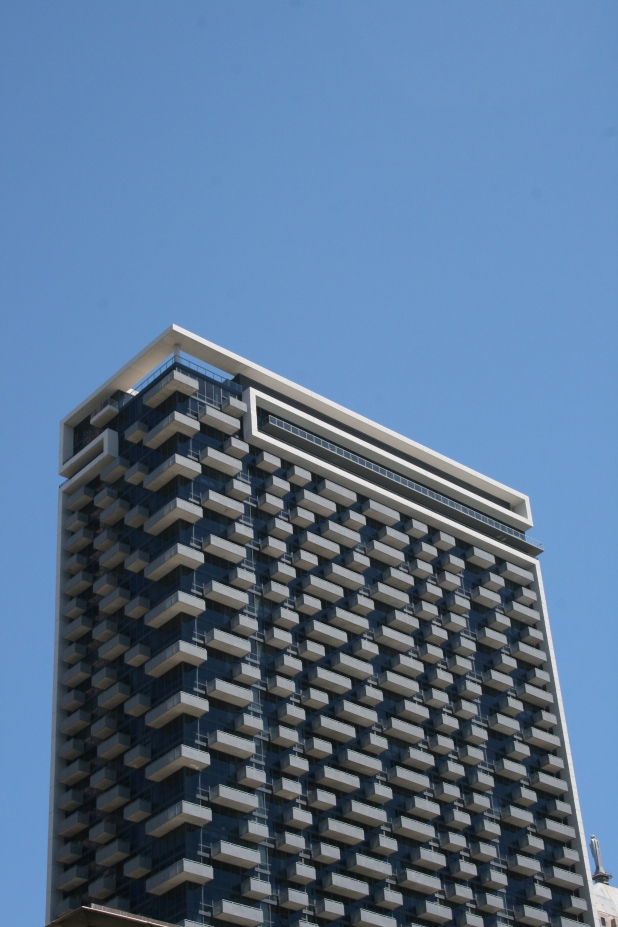