Top 10 Best & Worst Airlines in the World by Safety & Service 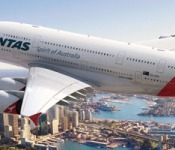 Let’s face it, most people book their flights based on the cheapest fare or the best schedule, however airline safety should also be a top consideration for passengers. This week the West Australian News presented the www.airlineratings.com survey listing their picks for the best and worst airlines in the world based on the combined criteria of safety and service.

According to the survey, airlines were ranked based on information gathered from government bodies, lead aviation associations and fatality records. Oddly, while some of the airlines in the top 10 suffered passenger fatalities in the past, the list nevertheless goes on to include them.

The Australian based survey could be the reason that Qantas came out on top, but there is no denying that the airline with its long, fatality free service record over decades of pioneering global aviation is a deserved recipient for the number 1 spot. In fact, according to the survey, 448 airlines were surveyed with 137 of them obtaining the ultimate “seven star” safety rating.

Virgin Australia, while one of the safest and most service oriented airlines in the world, and also one with zero passenger fatalities was not listed in the top 10 though.

These are the top 10 airlines for safety listed by airlineratings.com.

Along with the top 10, there was also a list of the airlines with the dubious distinction of being the world’s worst when it comes to safety and service. The 10 worst airlines according to the same survey are:

Do you have a favourite airline you like to fly or one you would never fly? Let us know with a comment below.