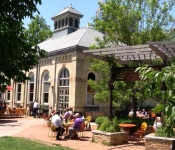 Milwaukee’s slogan is ‘A Great Place on a Great Lake’ and that certainly rings true. This wonderful city on the shores of Lake Michigan offers a delightfully unique mix of old world charm and modern, big city style. This is a forward looking city, but one that isn’t afraid to embrace its past. It does this seamlessly by incorporating its many historically significant buildings into a modern, urbane cityscape unlike any other in America. And you may find some surprisingly famous names.

Famous as the home of Harley Davidson, Miller Brewing Company and the major league sports teams the Milwaukee Brewers and the Milwaukee Bucks, this is a city filled with surprises, one with endless sites to see and activities to enjoy.

And then there’s the food. Milwaukee’s rich ethnic background makes this city a magnet for an incredibly diverse array of great restaurants. With that, let’s take a small bite out of Milwaukee….

One of the most stunning features of Milwaukee is its beautiful shoreline. Explore a part of the city on roller blades or take a relaxing bike ride up the city’s picturesque Lincoln Memorial Drive. Start downtown at the unforgettable Milwaukee Art Museum with its famous wing shaped design by Santiago Calatrava and continue up the stately thoroughfare past the nautical setting of McKinley Marina. Not far away is Bradford Beach, one of the city’s most popular hang-outs in the summer and autumn. Stop for a dip or catch some rays in the sun before heading to the delightful and trendy Colectivo Café. This is a gorgeous lakeside spot for a tasty lunch and excellent coffee and dessert. With its inviting outdoor patio and unique location in the historic 1888 Milwaukee River Flushing Station, the setting is a most charming spot to relax and watch the world go by. 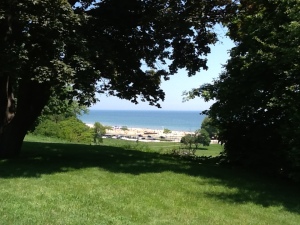 Looking down from the bluffs of North Point near the water tower.

Milwaukee is the home of Harley Davidson and the Harley Museum located downtown and is one of the most popular attractions in the city. The museum complex has a modern Harley styled design that seems right at home in its amazing river-front setting that is lined with historic warehouses turned stylish loft apartments. Anyone with an interest in Harley or transport in general will love the exhibits here. Nearby is the fashionable Harley themed hotel The Iron Horse with gorgeous loft style rooms and hip bars and restaurants. 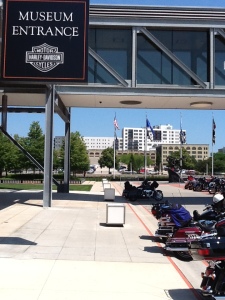 One of the stand out features architecturally is Milwaukee’s City Hall. Completed in 1895, this ornate, Gothic style building with its impressive clock tower is typical of the German styled influences in the city during the 19th century. In more modern times, the clock tower became famous when it was featured in the opening of the famous 70’s TV sitcom Laverne and Shirley. City Hall is located in the heart of downtown and near the theatre and performing arts district as well as many five star hotels and restaurants. Take a relaxing stroll along Milwaukee’s wonderful pedestrian trail known as Riverwalk Way. This inviting paved foot and bike path winds its way from the charmingly revitalised Third Ward area located just south of downtown all the way to the northern edges of historic Brewers Hill. 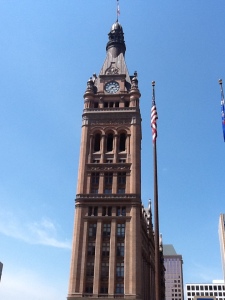 Just north of downtown on the beautiful bluff overlooking Lake Michigan and Lincoln Memorial Drive is the historic and upscale neighbourhood of North Point, near what is more commonly referred to as the East Side. This area is known for one of the city’s most iconic and significant landmarks, the North Point Water Tower. Another wonderful Gothic structure, the magnificent water tower was completed in 1871 and is listed on the National Register of Historic Places. Take a walk down the lovely neighbourhood streets where some of Milwaukee’s most extraordinary homes can be seen and where visitors can pay a visit to the Villa Terrace Decorative Arts Museum. Just north of the water tower is Downer Avenue which features many trendy cafes and restaurants and leads to the campus neighbourhoods of the University of Wisconsin – Milwaukee. 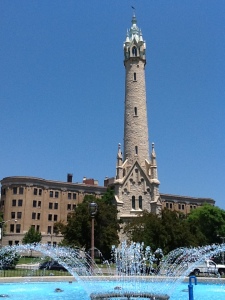 About the author: Currently living in Brisbane, Australia, Todd Sturm is a travel writer and a passionate traveller who enjoys getting out and meeting the locals.  Todd is also a transportation enthusiast who particularly enjoys writing about the airline industry and commercial aviation.